Nowadays these terms are all a-buzz in the performing arts.

What does all of this really mean?

I’m not going to go all Merriam-Webster on you. I’m just going to draw you some pretty pictures and put a few concepts into my own words. 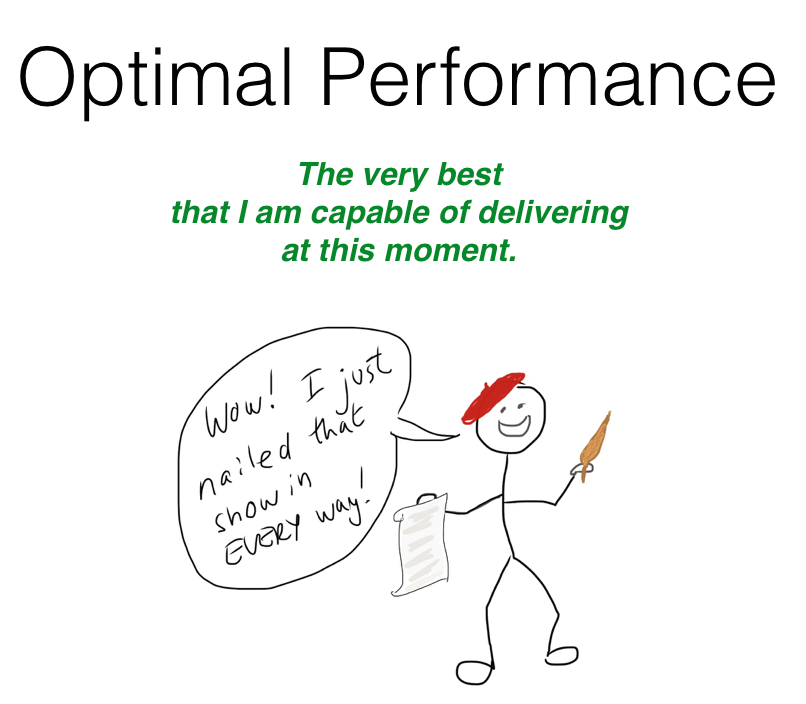 It’s important to note that optimal performance is not absolute. It’s more subjective, more about the individual and whether they rise to their own capabilities. 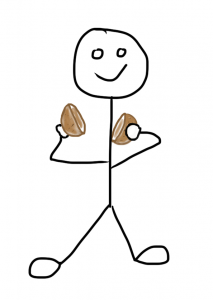 Sure, one of them is better than the other on an absolute scale; but when we’re talking about mental skills, peak performance, and the pursuit of excellence, it is one’s own optimal performance that we’re really after.

(Pursuit of excellence on an absolute scale is another topic, which I’ll explore in another post on preparation.) 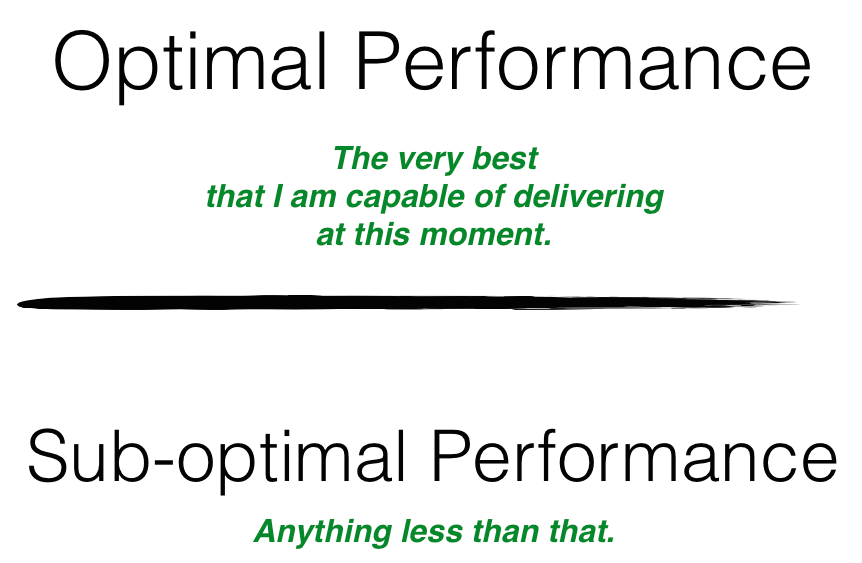 Yep. Sub-optimal performance encompasses that whole great range, everything from this: 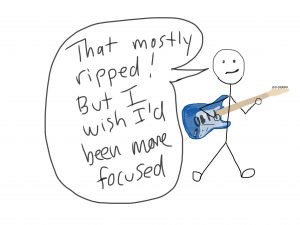 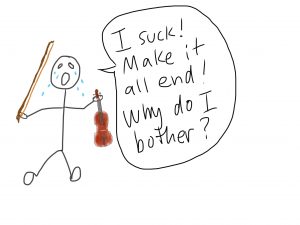 …plus everything in between.

Now, for stage fright and performance anxiety. The terms are more or less interchangeable. In my coaching practice I find that more actors use the term ‘stage fright’, and more musicians use the terms ‘performance anxiety’. Why? I don’t know. Maybe musicians don’t want to admit being afraid and actors don’t want to admit to anxiety? I’ll give a free café au lait to whoever comes up with the best explanation. 🙂

Stage fright/performance anxiety exists across the whole continuum of sub-optimal performance. Somewhere around where the alligators hang out is one of the least fun places to be, but feeling scattered, unfocused, or just plain ‘meh’ about a performance is no great feeling, either. 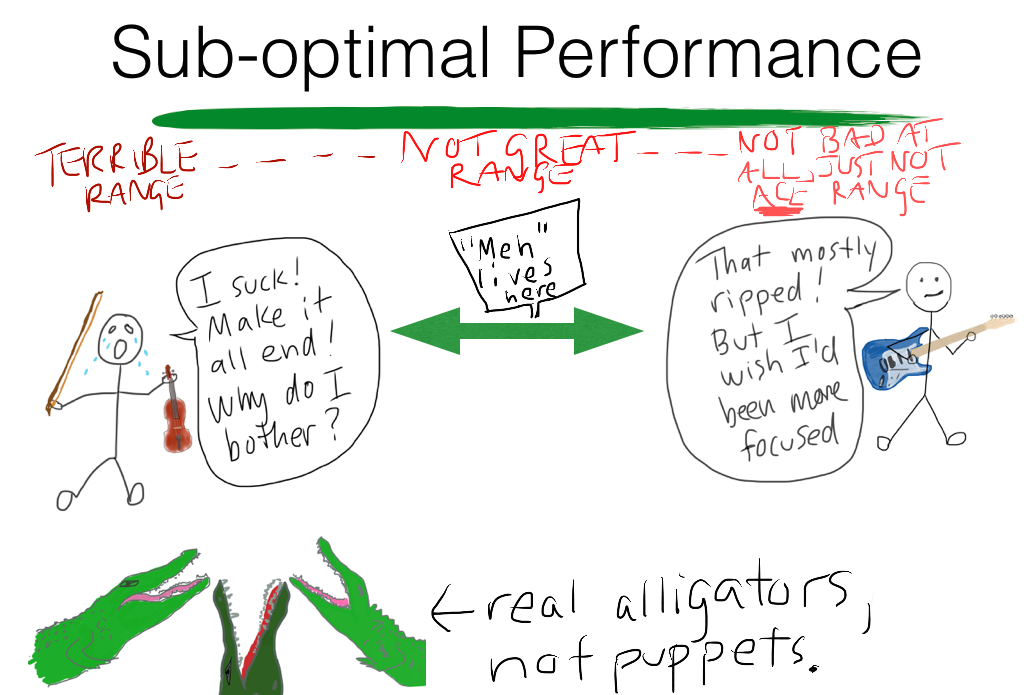 What does all of this mean?

Where and when do you slip from technicolour to greyscale, and from meh to alligator food? How can you pull those meh moments up in to a higher spot on the continuum, until you can reach a point of consistent optimal delivery of your stuff? That’s where mental skills come in. Next time I’ll explore a definition of mental skills, and will also talk about excellence in preparation.